While Speechpad is great way to earn supplemental income from home, it can be much more than that. There are plenty of opportunities to advance into roles that afford higher pay and greater responsibility. The diagram below depicts multiple advancement paths for transcribers (blue), captioners (red), and translators (yellow). 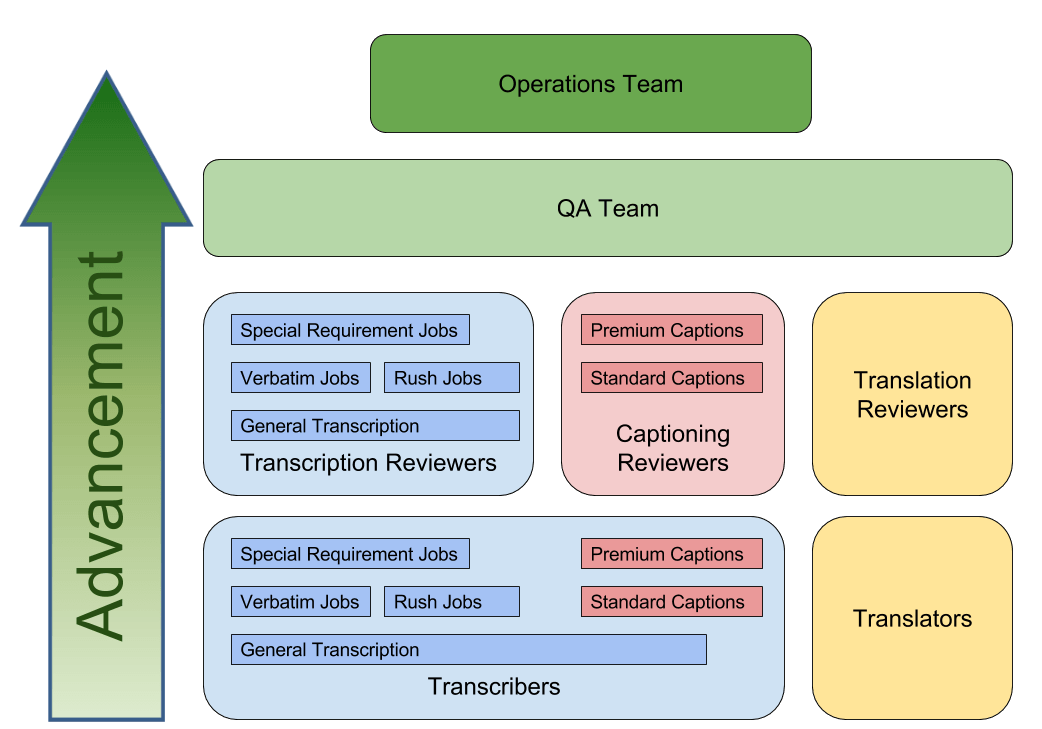 As a transcriber, you will start out doing general transcription. After doing that for a while, you could learn to do verbatim transcription, which generally pays higher and has less competition for jobs. Or, keep your ratings and job completion rate high, and you could be invited to work on rush jobs, which offer higher pay. You might also be invited to become a reviewer.

As a transcription reviewer, you might start off reviewing general transcription, but later advance to verbatim jobs, and/or rush jobs. You may also be invited to join our QA Team, or even our Operations Team.

You might also try video transcription (the first step in the captioning process) and put yourself onto the captioner path.

As a captioning reviewer, you might start off reviewing Standard Captions, but later advance to Premium Captions. You could also have advancement opportunities into the QA and Operations teams.

Translators have a similar advancement path as transcribers and captioners. After proving yourself to be an exemplary translator, you could be offered the role of translation reviewer, with the possibility to advance into the QA and/or Operations teams.